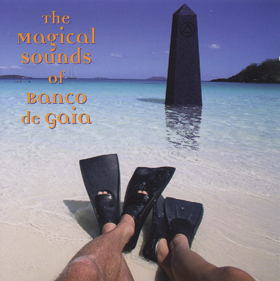 After taking time out to tour in 1997, Toby Marks moved from the Midlands to Somerset, in southwest England, to set up a new studio. After recording the new CD, he then decided to set up his own label in England, Disco Gecko Recordings.

The Magical Sounds of Banco de Gaia travels freely between the violins and cellos of Glove Puppet and the Kenyan rain song that forms the basis of the next piece, No Rain. So maybe it’s world music, or global trance; but it’s not intentional. ‘I used global samples without even realizing it’ he says. ‘I’m more interested in atmospheres. The texture is evocative rather than up front. There are no 3-minute pop hooks; you can’t whistle much of it in the shower.’