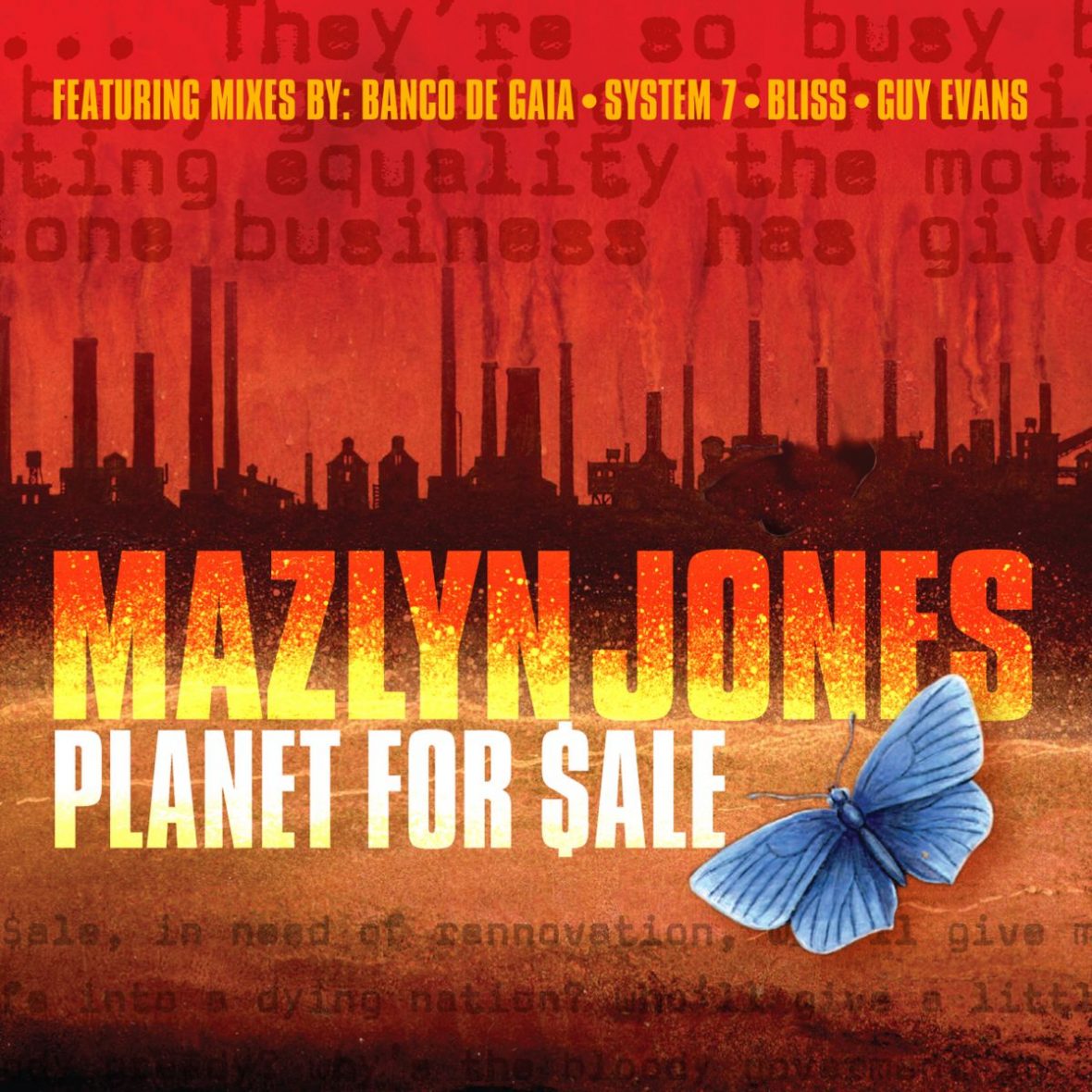 To mark the opening of the COP26 climate summit, Disco Gecko Recordings is re-releasing cult singer-songwriter Nigel Mazlyn Jones’s ‘Planet for $ale’ project as it’s heartfelt call for action is even more relevant today than when first written over 30 years ago.

Featuring alternative mixes by System 7, Banco de Gaia, Guy Evans (Van der Graaf Generator) and Dave Bliss, as well as the original simple vocal atop a claypot rhythm, “Planet for $ale” asks “Who’ll give us a dollar for a dead old globe?”

Nigel’s time working with Gerald Durrell at Jersey Wildlife Preservation Trust in the late ‘60s profoundly affected his world-view and his music. As he sees it, “the planet gives the raw materials and we give nothing but garbage back. All answers to our survival lie in nature yet we abuse and destroy it. Let’s have the truth on the table and really see the roots of environmental damage.”

Label boss Toby Marks, AKA Banco de Gaia, adds: “We have no right to continue trashing the planet for profit and greed, then leave the mess for future generations to deal with. Climate change is here, now. We must all act, now.”

It’s time for us to look after our planet as “we’re only the caretakers, and we’re only passing through”