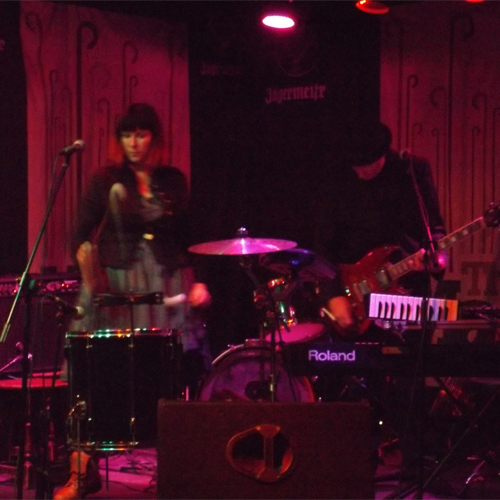 Radium88 are Jema Davies (vocals, percussion, guitar) and Tim Thwaites (instruments and production). They met in Nottingham some time in the 90’s, bonding over a shared initial desire to make music that sounds the way William Gibson reads: dense and dark, futuristic and richly textured, yet with moments of humanity, hope and beauty.

In 2004 or thereabouts they stopped playing live, gradually shedding punk and hip-hop influences, absorbing instead ambient electronic and classical influences, and devoted their energies to recording a series of increasingly ambitious albums on their own Lotek Recordings label. These albums feature a wide range of live instrumentation in an electronic setting and were well received critically, with a number of tracks were used to soundtrack TV programmes.

In 2016, following a contribution to a much loved compilation on the Disco Gecko label – Strange-Eyed Constellations – they were offered the opportunity to release more material through Disco Gecko beginning with The Man Who Failed the Turing Test EP. This has been accompanied by a return to live performance.