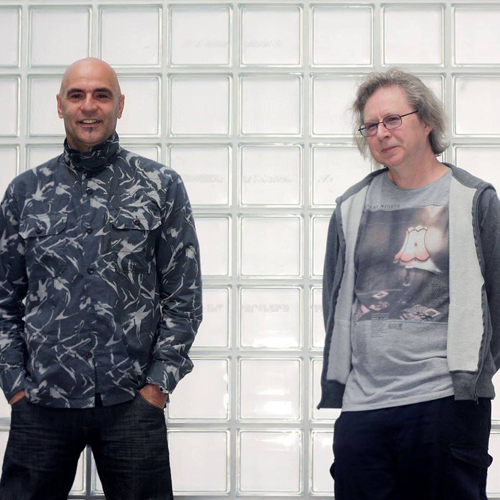 Sheffield’s cinematic soundtrackers Mark Daly and Michael Harding have worked together since 2005, establishing a reputation in the UK for their unique live re-score events, performing at cinemas, festivals and other venues across the country with cult films including Dark Star (John Carpenter), Belleville Rendezvous (Sylvain Chomet), Un Homme Qui Dort (Bernard Queysanne) and The Straight Story (David Lynch).

The careful preparation and attention to detail that they bring to each project is incomparable. The fact that they also work with the existing dialogue and incorporate it into the live performance, plus add other people’s tunes into the mix as well as their own tracks, means that they are effectively working as music supervisors and sound editors as well as original score writers (but all done live in real time).

They have also released albums on the Big Chill, Mareld and Disco Gecko labels, as well as appearing on numerous compilations. Along the way they’ve had music used in multimedia projects at Tate Britain and New York’s Leverhouse Gallery, worked with guest vocalists such as Sanchita Farruque (Nitin Sawhney, Trilok Gurtu), Anne Garner and Lisa Palmer, plus remixed acts including Banco de Gaia and Deep Dive Corp.