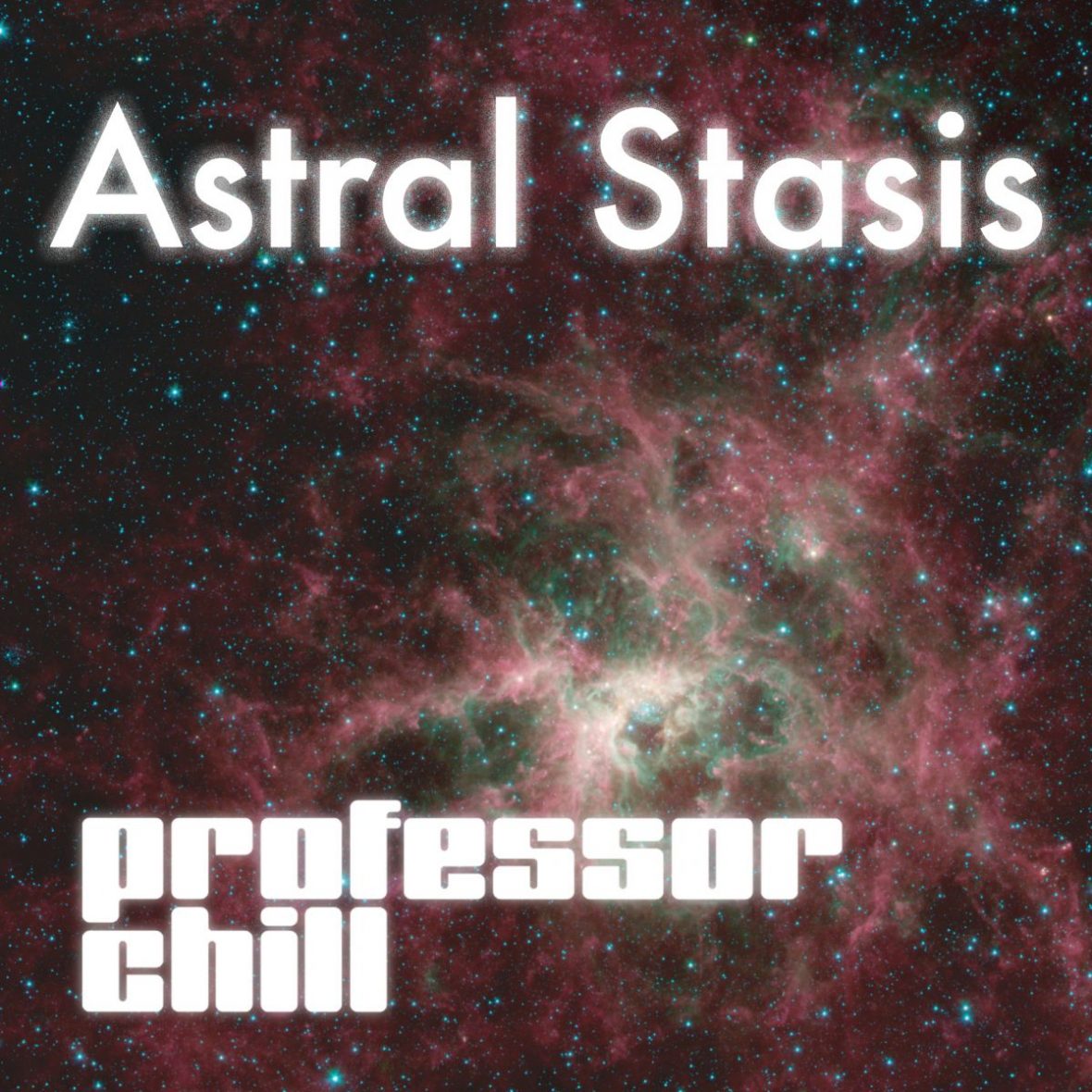 Astral Stasis, the new EP from Professor Chill, mixes acoustic elements with ambient dub grooves and chillout textures, inviting the listener to dive deep down into an oceanic soundworld.

Professor Chill is a longstanding fixture of the chill out scene, with a mixed background as both an electronic music producer and professor of music. His Dub Archaeology album was released in 2018 on Twin Records, followed by the Flow State EP in 2021. Over the years he’s performed live at a plethora of European music festivals, including Glastonbury, Boom, Anthropos, Samsara, Utiopia and CTM. His influences are very broad, but there’s something of Leftfield, Eno, Groove Armada, John Cage and Deep Forest in there, generating an uplifting mixture of gentle groove and tuneful tranquillity.

His new 5-track EP blends acoustic, analogue and digital sounds. Electrotopology follows in his Sheffield hometown’s tradition of ambient bleep techno, with pure sine and square wave tones processed through a collection of tape echoes and analogue delays. Allo Monsieur was co-produced with Andy Vonal, AKA techno producer Vonal KSZ, and features the dubby sounds of bass and acoustic guitar, with melodica adding a Parisian flavour.

The title track, Astral Stasis, features gentle piano textures, as well as cross rhythms that pull you out of time and into space. Kairos is named after the Greek concept of qualitative time and features an orchestra of 60 improvising musicians, conducted by Professor Chill in St. Paul’s Hall in Huddersfield, with the results processed beyond recognition into a flow of euphoric spectra. Finally Distance is a synthesis of times and polymeters, with chanting voices, pianos, guitars, and machines.