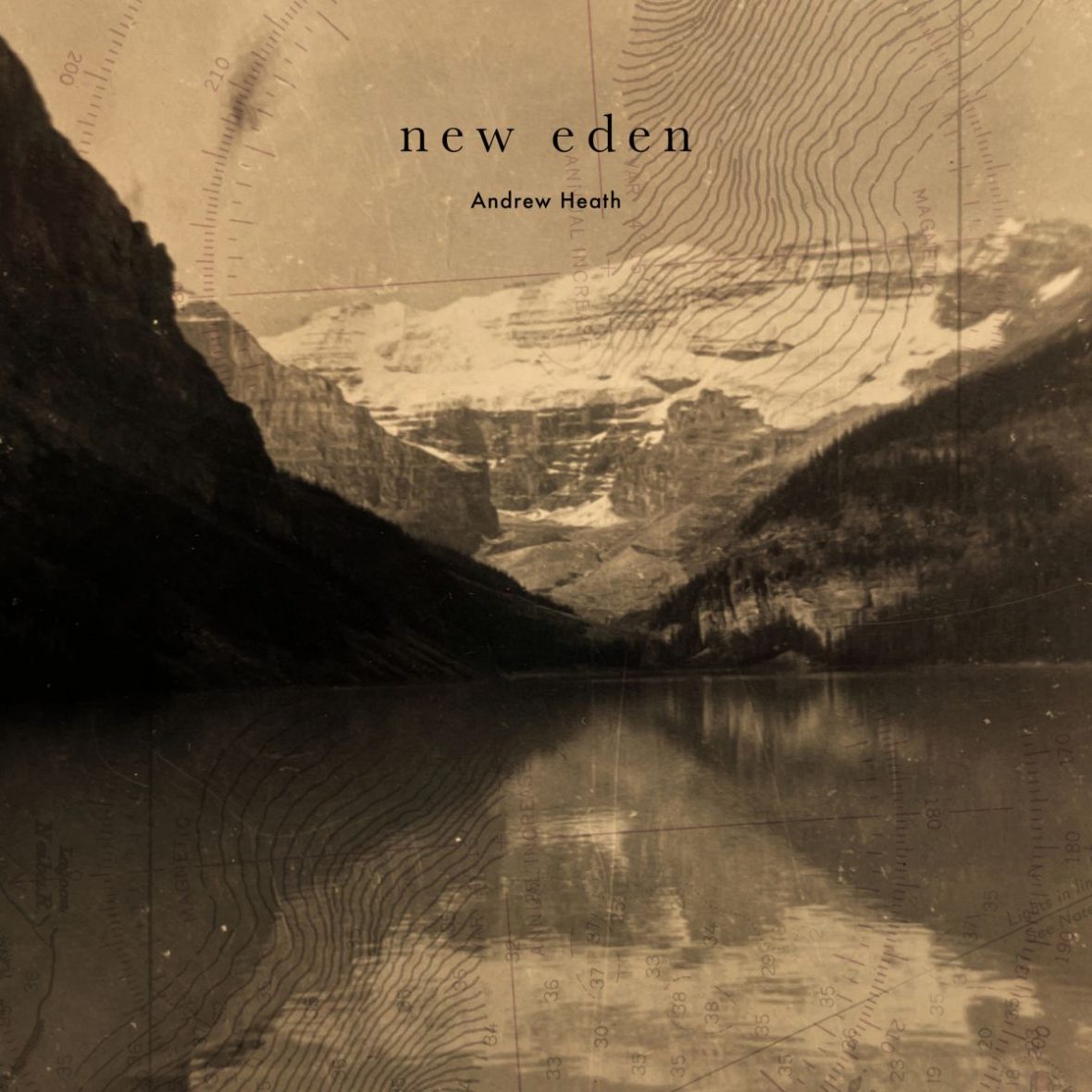 Andrew Heath’s New Eden charts a more open and tonal direction than his recent releases. Written in the quieter, restricted times of the last winter and spring this year, Andrew became attracted to the idea of dreams and semi-conscious states. Certainly informed by those more ‘drawn out’ days, it reflects a calmer and less troubled self.

Andrew’s ever-present field recordings are still present. However, here they are used to construct new or as yet untold narratives such as in ‘The Healing’ and ‘Music Gemålde’. His increasing use of, and exploration with, the sound of his guitar features far more prominently on New Eden, sometimes in ways that sound unlike guitar at all, lending an organic element to the overall sound. At the same time, Andrew was also exploring ideas of restrictive practice, of deliberately narrowing the creative options.

Much of the approach to New Eden has come from the Landscape Studies series, sharing the influence of landscape and weather patterns. Additionally, over the last year, Andrew has collaborated widely both with familiar artists like Anne Chris Bakker as well as with new ones, and there are hints of their influence throughout this body of work.

New Eden represents the idea of finding a better place at the end of a difficult journey, of sailing to a new world and emerging into a dreamlike garden, mirroring Andrew’s own journey from a darker time and an emergence into light.