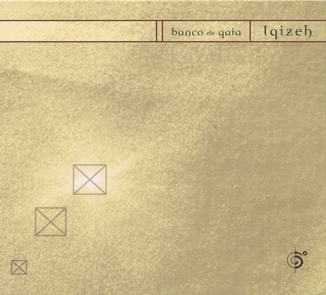 Igizeh is as elusive as its title but as accessible as anything to come from the European dance music scene. Full of obvious references to Indian and Near Eastern music, as well as less obvious glances at American minimalist music, Igizeh is everything we’ve come to expect from Toby Marks – the one man in this one-man band.

Several tracks on the new record sport field recordings made by Toby on location inside Egypt’s Great Pyramid at Gizeh, and on the streets of Cairo, Luxor, and Aswan. Two others feature the vocals of Portland, Oregon native Jennifer Folker, including the album’s first single, the chilly, atmospheric ‘Obsidian.Top of FormBottom of Form

But what about that title? An early press release hinted darkly at visions of creation in which Toby Marks was told to call the album Igzh. When asked what it means, Toby has a typical response: ‘Nothing really, though I like the story that it is the secret name of some cosmic entity – a bit like Jhvh becoming Jehovah.’ Then, unable to resist an equally typical note of mystery, he adds, ‘Let’s just say it’s a hidden name of power.’