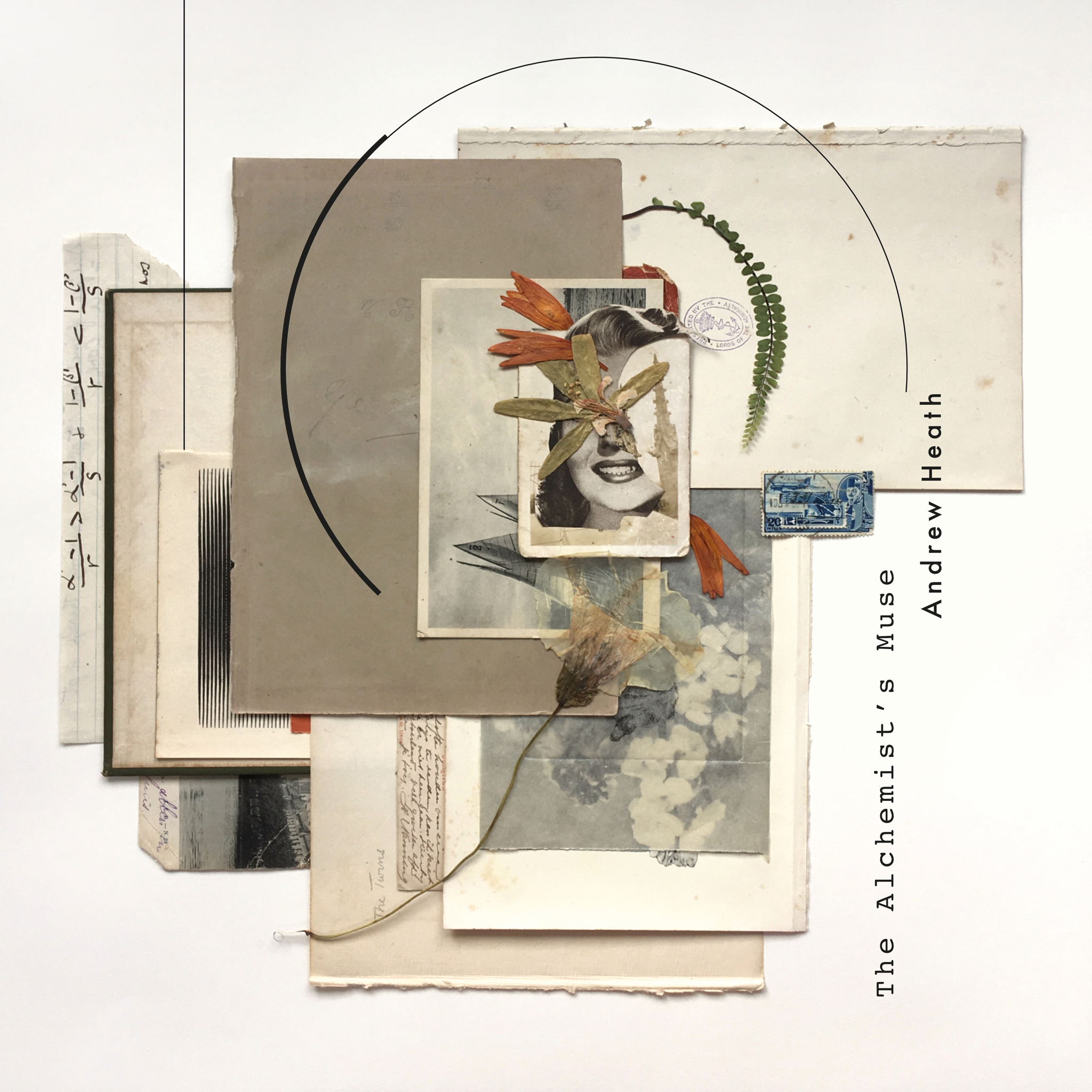 ‘The Alchemist’s Muse’ continues Andrew Heath’s obsessive exploration of minimalism, texture, tone and the sonic detritus that litters our environment, such as radio static and mechanical noises. Andrew places clusters of piano notes and guitar drones among warm layers of electronics and treated field recordings, manipulating the results with both analogue tape machines and digital software to create his finished pieces.

‘The Alchemist’s Muse’ builds on the success of Andrew’s previous releases, lauded as “environmental ambience of the highest order” by The Ambient Music Guide, albeit with a warmer palette of sounds. Andrew’s collaborations in recent years with Hans-Joachim Roedelius, Toby Marks of Banco de Gaia and others have only added to his fascinating body of ambient work.

‘The Alchemist’s Muse’ features two guest artists: Bill Howgego adds a sublime bass clarinet to the title track, and the poet Maria Stadnika re-voices her work on a completely new version of “The Garden Reveals Itself”, first recorded on Andrew’s 2018 album “Evenfall”.

Andrew’s seventh album on Disco Gecko, ‘The Alchemist’s Muse’ was recorded at his home in the Cotswolds, England earlier this year, just as a new silence was imposed upon us all. Following a 2019 busy with performances around the UK and Europe, Andrew feels that this album emerges with a sense of calm and tranquillity, creating a slowly evolving soundscape to balance the days.

Stephen Iliffe, Roedelius’s biographer, has said of Andrew Heath’s work that “if you’re one of the legion of fans hankering after the new Budd, Roedelius or Eno, quit waiting and immerse yourself in this music”.

If you haven’t immersed yourself already, The Alchemist’s Muse is definitely the album for you.

1. Observers and Airmen
2. Lost writings
3. The Alchemist’s Muse
4. Of Mill Leats and Water Meadows
5. A Good Service
6. Letting go of the Land
7. The Garden Reveals Itself (night mix)
8. There’s a Ghost in my House
9. The Muse and Her Dreams